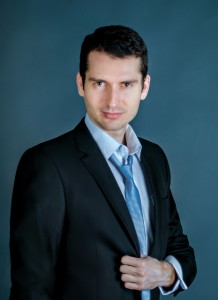 Once, after another busy day, I was driving home. It was already night. The sky was cloudy, drizzling rain, and the light of passing oncoming cars was reflected from the wet asphalt and blind eyes. Throughout the day, there were several successful transactions, customers thanked us and the guys with fire in their eyes performed their duties. But something haunted me. I was burned, emptied from within by the feeling of incompleteness and the surface of my goals. At the next traffic light, I got up waiting for a green signal. In the square on the right I noticed two teenagers – one of the other taught me to ride a skateboard. Despite the bad weather, the fall of the novice and wounded shoes, they were “full” and happy. They were good. It was visible, it was in the air around them. And suddenly I realized that a worthwhile life is done when there is a sincere intention to help another.

The life of every person is woven from situations. But the situation is not just a passing car and a barking dog. The situation is when something went wrong as planned. These are the moments that you wanted to avoid, cross out, stop due to lack of 1. Knowledge, skills and competence, how to solve it and 2. Psychological resistance – the strength that makes it possible to find the right solution in the moment

The mission of the project follows from this – to help a person solve his problems according to a special technique through the acquisition of knowledge, skills and psychological resistance.

The goal is to teach everyone who wants to manage their life and business.

A few words about me

Born in Odessa in 1988. As thousands of peers graduated from high school, then in 2005 he entered the Odessa National Polytechnic University (ONPU), Department of Computer Systems, specializing in specialized computer systems, in general an IT specialist. Graduated in 2010.

Throughout life, I was constantly carried away somewhere, I could not stand constancy, predictability and similarity. While studying, I thought about work. After the institute, he was in a hurry to fulfill private orders for the assembly and configuration of computers. It brought money, but the potential was not fully realized, so I thought about traveling. I wanted a thrill and unusualness, so in the summer after the 3rd year, in 2007, I went to work in the USA, Alaska, the city of Sitka under the Work And Travel USA program. Upon returning, I bought a Yamaha motorcycle, which I traveled to part of Ukraine.

After the institute, he went to work in PrivatBank as an engineer. For me, the work seemed very dull and monotonous, so a year later he quit, sold his favorite motorcycle and started his own business activities.

Since 2011, the founder of the business in the service sector, the ITSA service center – repair of gadgets and electronics in Odessa, Since 2014 I study and work in the school of management of Sergei Lysov, the direction “Managing people and situations”, I am an active coach https://www.myor.club/

Since then, I see my future in helping people in difficult situations, like business, family, health, and meanings.